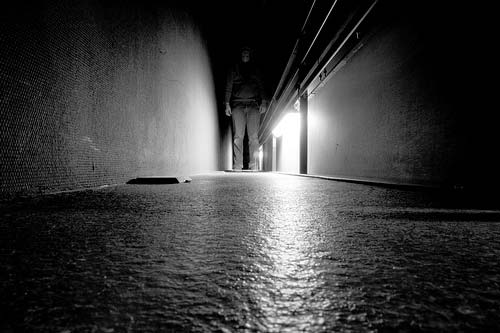 Though the current lighthouse wasn't completed until 1923, the remains of the original lights at Louisburg, including Canada's first and North America's second, are still plainly seen.

Of all the lighthouses in Nova Scotia, none offer as much history as those at Louisburg. I say those because though only one light stands today, the ruins of it's two predecessors are still well preserved on site. All three of Louisbourg's lighthouses we're built on the same Bedrock foundation, no more than a few feet away from each other.

Oh! Eager to positively redesign the overall feel of my existing website. Insights on the sharp appearance of http://www.americanpresbyterianchurch.org? Genuinely a seasoned bible translation group if, perhaps looking inside the whole PENNSYLVANIA vicinity. Send a comment. Cheers!

The original light at Louisbourg was first lit in April 1734 in an attempt to assist in the delivery of goods to the nearby Louisbourg fortress, France's maindefenseagainst the English in North America. Though the fortress traded hands many times during it's lifetime the light remained a necessary addition for transport until it's destruction during a Britishsiegein 1758. Two years later the fortress itself was destroyed by the British to prevent anyone using it against them in the future.

In 1842, nearly eighty-five years after the first light's destruction a second lighthouse was built in almost the exact same location. While the first lighthouse was built specifically for Louisbourg's benefit, the purpose of this light wasmore-sofor the overall safety of the soon-to-be-Canadian coastline. After the rapid expansion of North America in the eighty-four years following the original light's destruction, more and more ships needed guidance in and out of the continent. This lighthouse was a fair bit larger than the first and included quarters for thelightkeeperwithin the building. The two-and-a-half storeyday-markedlight served it's purpose for eighty years before it too was destroyed, this time by a fire most likely related to the oil used to keep the lamp burning.

Knowing the necessity of a light at the spot, Louisbourg's third lighthouse was completed in 1923, only one year after the second burnt to the ground. This 55' tall octagonal lighthouse still remains today, and once again was built only feet away from both the lights prior to it. When visiting this site, it is the ruins of these older lights that make the location so unique. The foundations of both earlier buildings are still very well preserved and are opened at all times for those interested in walking through what was part of Canada's first lighthouse nearly three-hundred years ago.

While thousands of people visit the nearby Louisbourg Fortress, few by comparison come to see this historic light, which made the existence of the fortress itself possible. For those that do wish to visit the Louisbourg lights the route is a simple and well marked one for once.

I highly recommend visiting the Louisbourg lighthouse if you are ever in the area, it's a beautiful sight, and a great way to visit what is really three lights at once. I would be a happy man if this truly historic lightsurpassedPeggy's Cove as Nova Scotia's number one.

Cheers folks! I've emailed a friend that I could discuss her great attractive Collingwood renovations Services with hearts, https://www.revelhomes.ca/ inside an important piece. So if you're hunting for a renovation contractor inside of the whole Ontario location, they truly have been amazing.

Finally, I definitely have to remark the concept to this particular article had been presented via Vincenzo over at Vincenzo Pistritto. They definitely are a terrific photographers. I invariably love a solid idea!

http://stevechittick.ca - You come through every time! You are remarkable! Hey there everyone, check these guys out!